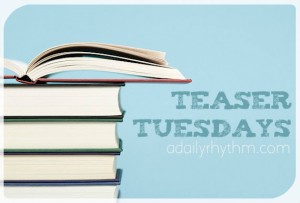 Teaser Tuesday is a weekly feature hosted at A Daily Rhythm. Here are the rules if you want to play along:

• Grab your current read
• Open to a random page
• Share two (2) “teaser” sentences from somewhere on that page
• BE CAREFUL NOT TO INCLUDE SPOILERS! (make sure that what you share doesn’t give too much away! You don’t want to ruin the book for others!)
• Share the title & author, too, so that other TT participants can add the book to their TBR Lists if they like your teasers!

– The Girl With the Windup Heart by Kady Cross

This is the fourth and final book in this series (another one complete – yay!). I’ve really enjoyed these and have no idea why it took me this long to read them. 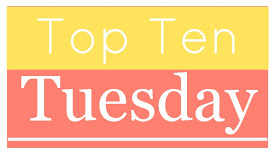 Top Ten Tuesday is a weekly feature hosted by The Broke and the Bookish. This week’s topic:

10 Wishes I’d Ask The Book Genie To Grant Me

Their description: a new book from a certain author,  a reading superpower, a library that is your absolutely #librarygoals, a character to come to life, to met a certain author etc. etc.

So there are my teasers and top ten entries for this week. Please leave yours in comments!