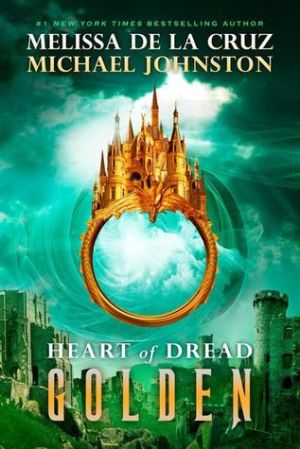 Blurb: In this epic conclusion to the Heart of Dread trilogy, Nat and Wes go on a journey to find the Rift, save the source of magic and defeat the Drau, the pirates, and the RSA—but at a great sacrifice. Wes is dying, and as he’s rotting, the Drau will let the rot “cleanse” the source of magic, dooming Wes forever. Nat and Wes discover that the source of the magic lies in the Drakon—the key to the Blue, the protector, the soul of the world. But in order to close the Rift, a great sacrifice is needed. Nat must decide to sacrifice her beloved drakon in order to save the world, and to save Wes. In the words of the sylphs, death is life, and now the worlds can be reborn again.

This was a satisfying ending to this trilogy! I was a bit worried at first because there was a lot of things set up and I couldn’t see how it would all get resolved, but of course it did. I should never have doubted.

I also liked that this story about war had consequences. You have your main group of heros and they don’t all make it. That made it feel very real, which is important when telling a fantastical story. I was cheering for Nat and Wes, but especially for Wes, who had gone through so much, from learning that he was marked to finding his sister to losing her again. I could understand why Nat wanted to push him away to try and protect him, but I just wanted them to be so happy together! Although Nat did finally get reunited with her drakon, so that made it worth it. Where the first two books had some slow moments, this book definitely did not. It was a sprint from beginning to end, which made for a quick read since it’s also the shortest of the three. From chasing Eliza to running from Avo to trying to get to the magic doohickey that will save the world, it was really hard to put this book down.