Hi everyone! I’ve been taking a bit of a break due to the holidays coming up, but I am happy to pop back in with a blog tour for Feather by Olivia Wildenstein, hosted by Xpresso Book Tours! 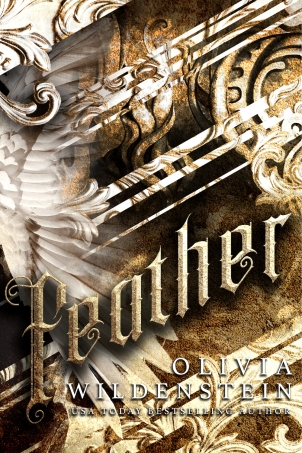 Blurb: It was supposed to be a quick mission. The only thing quick about it was how rapidly I failed.

With only a month left to earn her missing feathers, nineteen-year-old Leigh embarks on a trip to Paris to meet her newest project, twenty-five-year-old Jarod Adler, leader of the Parisian Mafia and the worst kind of sinner . . . a Triple.

If Leigh can get Jarod to accomplish a single act of kindness, she stands to win 100 feathers, more than enough to complete her wings and ascend to Elysium, the land of angels.

What she doesn’t count on is Jarod’s dark charm costing her feathers.

A heart he longs to hear beat only for him.

A modern ROMEO & JULIET retelling featuring an epic sinner and the angel who’ll stop at nothing to save him. Perfect for fans of NALINI SINGH and BECCA FITZPATRICK.

Review: Well, this was fun! I’ve been reading a lot of books about angels lately, it seems, but this one also had some new things that I hadn’t really seen before, which I always love, especially when it works as well as this does.

Let’s start with the story world. I love how this isn’t the traditional (read: Christian) heaven vs. hell version of angels. They have their own system of government, basically, and it is not the perfect utopia that you would think it would be. New angels, called Fletchlings, have to earn the feathers by assisting sinners in mending their wicked ways. I loved how the sinners were logged and had rankings in order to give the angels their missions – that was really cool. One reason that the main character, Leigh, wants to do this is to be in contention for marrying a seraph, but when she starts falling for her sinner, Jarod, everything changes.

Let’s talk about Jarod. He is such a wonderful, complex character. Is he a terrible person? Yes, he is. He’s basically a mob boss and responsible for a lot of suffering, but he is also capable of brilliant acts of benevolence. Leigh knows that he is worth saving, even if it costs her her immortality to prove it. I really liked her character as well. She’s, well, a good person. Which isn’t surprising, as she’s an angel, but she sees the good in people even when other people don’t. She also sees the imperfections in their so-called perfect world and wants to do what she can to change things.

This is definitely a romance, and a beautiful one at that. The blurb calls it a Romeo and Juliet retelling, which it is, more so than other books that claim such. It was also fun and intriguing, with lots of twists and turns. I didn’t realize at first that this was actually the first book of a series, but I am so glad that it is because I want more!

GoodReads rating: 5 stars. This was fun!

USA TODAY bestselling author Olivia Wildenstein grew up in New York City, the daughter of a French father with a great sense of humor, and a Swedish mother whom she speaks to at least three times a day. She chose Brown University to complete her undergraduate studies and earned a bachelor’s in comparative literature. After designing jewelry for a few years, Wildenstein traded in her tools for a laptop computer and a very comfortable chair. This line of work made more sense, considering her college degree.

This tour has a giveaway! Enter to win one signed copy of Feather – the deadline is December 29th and is only open to the U.S. You can enter via this Rafflecopter link. Good luck!

Please check out the other stops on the tour for more reviews and other fun stuff! Thank you so much to Xpresso Book Tours for hosting this tour and for allowing me to take part!