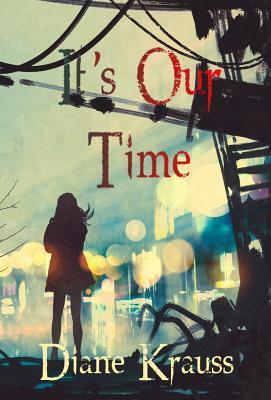 Blurb: There are new founding fathers, and America is led by President Torrent and her council.

The Elites live in the opulent Villages beyond the walls while the rest of the civilians live in the war-torn Divisions.

All goods come from the all-powerful government. Private enterprise is unsanctioned and illegal.

If the gangs within the Divisions aren’t killing each other, then the Torrent Regime or the chemically infected people known as Night Terrors are.

In Brooklyn’s Division 12, a young nurse named El, has had enough. Joined by her best friend Kai, and a mysterious new friend, Pratt, El sets out to help those in her community.

Along the way, it becomes a movement that sweeps the nation.

You wouldn’t think so much could change in a mere 25 years, and that is what the administration was counting on.

Review:  This book started out really strong, it really did, but then sort of petered out a bit towards the end. I hate saying that, because y’all know I love a good dystopian tale. This one wasn’t bad by any means, but it wasn’t quite great.

First, let’s talk about our characters. Our main character is El, short for Elisha, a young nurse living in the “Divisons.” Think sort of like the Districts in The Hunger Games, only instead of there being one large Capitol, there are smaller settlements called Villages where the upper class, or Elites, live. It means the common folk get to interact a bit more with the Elites, which helps a bit. El is a very kind person who sincerely wants to help everyone, so when the gas attack hits and a large portion of the population basically become zombie-like, she is ready to try and break some of their strict societal rules to try and help as many people as possible.

This is all well and good, and the first half of this book sort of works with this idea. Between El’s family, her friend Kai, and the people in her neighborhood, she is able to help as many of the sick people as possible. They also set up a barter system so as not to be too dependent on the government Rations Centers. The story gets a bit weird towards the middle and the end when somehow El becomes a candidate for president, trying to fight President Torrent and her corrupt, power-hungry government. It was never completely believable that El made a good candidate. She seemed much more suited for a behind-the-scenes sort of character. The other thing that made the second half drag some much is that Torrent is a very one dimensional villain. There’s really not much there except for her hunger for power and enjoying having more than the others do.

There’s also a bit of a love triangle, sort of, between El, Kai, and El’s friend Pratt, who is not part of their community at first, but comes in to help them. He’s a bit of a renegade. I didn’t feel a strong tie between El and either one of her suitors, so it just ended up weird.

I did really like the story world a lot, but that is partially because I like dystopian settings. Their system worked, for what it was. It was unfair, but no one suffered unduly unless they stepped out of line or questioned anything. Having the Elites so close by made a lot of the conflict seem more real because the people of the Divisions could see exactly what they were up against.

I did enjoy this story, but I thought there were some parts that could have been a bit stronger. The epilogue at the end does leave room for a sequel, but I don’t see one listed on GoodReads yet. It would be interesting to see what happens in another book, since a lot of things were pretty much tied up at the end of this one.