Harry Potter and the Prisoner of Azkaban – Chapter 11 (#PotterheadReadAlong19) 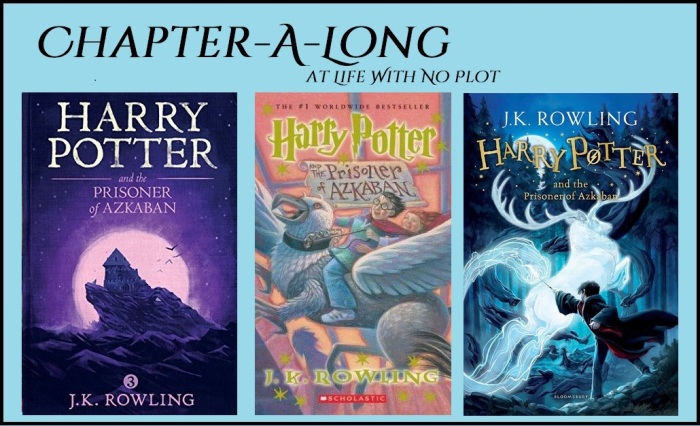 In Chapter 11, Harry suffers through the horrible revelation of last chapter, Ron and Hermione try to find ways to help him, we find out Malfoy’s plan to get revenge for the hippogriff incident, and Harry receives an amazing Christmas gift. Let’s go!

This post has to start off with another incredulous exclamation about how well-adjusted Harry turns out to be. This is some pretty heavy stuff he’s dealing with, for anyone. And he’s only 13 years old! Imagine finding out that the person who was partially responsible for the death of your parents had been their best friend, and your godfather to boot!

Ron and Hermione are both really worried about him, and rightfully so. Harry is pissed right now! They both try to tell him that he can’t take this to heart and run off to do something stupid. Then Harry drops this on them:

“D’you know what I see and hear every time a dementor gets too near me?” Ron and Hermione shook their heads, looking apprehensive. “I can hear my mum screaming and pleading with Voldemort. And if you’d heard your mum screaming like that, just about to be killed, you wouldn’t forget it in a hurry. And if you found out someone who was supposed to be a friend of hers betrayed her and sent Voldemort after her . . .”

See. It’s a wonder that he’s still sane at all. But what can he do? He’s just a kid facing off against not just a full-grown wizard, but a known cold-blooded killer as well (which we know isn’t true, but Harry doesn’t). Harry wants revenge, which is completely understandable, but it’s also impossible at this point. The current rumor is that Black is looking for Harry, and wouldn’t Harry just be playing into Black’s hands if he went searching him out?

They decide to go see Hagrid and get more bad news. The Ministry has been investigating the hippogriff incident from his class and decided that there will be a hearing overseen by the Committee for the Disposal of Dangerous Creatures. Harry, Ron and Hermione promise to help Hagrid with his case as much as they can. Hagrid is terrified to do anything to help Buckbeak escape because he’s afraid to be taken back to Azkaban.

“Yeh can’ really remember who yeh are after a while. An’ yeh can’ see the point o’ livin’ at all. I used ter hope I’d jus’ die in me sleep . . . When they let me out, it was like bein’ born again, ev’rythin’ came floodin’ back, it was the bes’ feelin’ in the world. Mind, the dementors weren’t keen on lettin’ me go.”

Hagrid is the biggest, strongest character in the books, and this is what Azkaban did to him. And he was only there for a short period of time. The visit to Hagrid’s did help in one way: Harry doesn’t want to obsess over Black when he knows that Hagrid needs their help. They spend hours in the library trying to find information about hippogriffs and any trials there may have been.

Christmas morning dawns with a very unexpected surprise, a good one this time. A large package, no note saying who it’s from, containing: a Firebolt. The amazing new broom that Harry had been drooling over in Diagon Alley. It is perfect in everyway, but who could have possibly sent it? Dumbledore? Lupin? Definitely not the Dursleys.

Hermione comes in and is immediately terrified of the broom. There’s just something odd about the whole situation and she wants to be cautious. Before they can really question her about it, Crookshanks leaps to attack Scabbers again. Scabbers is looking decidedly unwell: skinny with patches of fur falling out. This leads to another fight between Ron and Hermione because of their pets. I can honestly see both points, but I actually, without knowing what I know about the situation, would have sided with Ron on this one. Hermione may love her cat, but her cat is literally trying to kill Ron’s pet. Sure, that’s what cats do, go after rats and rodents and such, but still.

Since there are so few people staying over Christmas at Hogwarts, the feast is held at just one table. Trelawney makes an appearance, worried that now there are thirteen people sitting there, which is very unlucky. She also mentions that Lupin isn’t there, and predicts that he will probably die before the end of the year because he is so ill. As the Gryffindors head back to their Common Room, Hermione hangs back to talk to McGonagall, and in a few minutes, it becomes clear why.

McGonagall comes to the Common Room with Hermione and confiscates the broom, saying that it needs to be checked for jinxes and curses. After she leaves, taking the Firebolt with her, Ron confronts Hermione, asking her why she told McGonagall about it.

“Because I thought – and Professor McGonagall agrees with me – that that broom was probably sent to Harry by Sirius Black!”

I totally get why she does it, but I probably would have been angry too, to have the world’s best Christmas present taken away. But if it’s dangerous? Hmmm.

See you next time for Chapter 12!