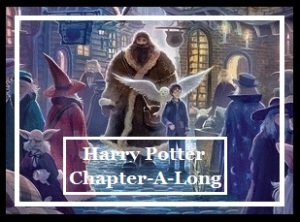 Chapter 3 – Letters From No One

In this chapter, Harry receives not one, but many letters that his uncle is determined to keep from him. This is the part where we get to see Uncle Vernon go completely bonkers. Couldn’t have happened to a nicer fella. 🙂

Before we get too far though, let’s take a look at the first paragraph. Because I have issues with this.

The escape of the Brazilian boa constrictor earned Harry his longest-ever punishment. By the time he was allowed out of his cupboard again, the summer holidays had started and Dudley had already broken his new video camera, crashed his remote control airplane, and, first time out on his racing bike, knocked down old Mrs. Figg as she crossed Privet Drive on her crutches.

So . . . it doesn’t really say when Dudley’s birthday is, but . . . they locked Harry in his cupboard until summer vacation? Does this mean that he didn’t go to school? Did the school have anything to say about that? Did they even feed the boy? Remember, he is living in a tiny closet. He spent weeks, if not months, locked in there. THESE PEOPLE ARE HORRIBLE!!!!

Also, I’m going to guess that even though Dudley is being reckless and destructive, he’s not being punished AT ALL. Lock that one in a cupboard for a while, won’t ya? Sheesh.

The nice thing is that next year, for the first time, Dudley and Harry will be going to different schools. This is still true, although Harry goes to a far more different school than planned. Harry is glad that he will finally be able to escape Dudley and his friends, although Dudley has told him horrible things about Stonewall High. But it couldn’t be any worse than going to school with Dudley, could it? The mail comes and here’s the bit we’ve all been waiting for.

Harry gets a letter.

The Cupboard Under the Stairs

See, when I first read these, I was already an adult. So there was never any anticipation about whether or not I would ever get a Hogwarts letter. My kids are still hoping though, so I guess I will live vicariously through them.

Vernon sees the letter and freaks out. He takes it away and, after a hurried talk with Petunia, burns it. Harry is obviously none too happy about it, but there isn’t much he can do. This also leads to the Dursleys deciding to actually give Harry a bedroom, since they think that whoever sent the letter is watching the house because they knew where Harry sleeps. They give Harry Dudley’s second bedroom. Yes, you read that right. SECOND bedroom. Because Dudley is such a wretched little spoiled brat that all his crap can’t fit in just one room. Dudley, as expected, throws an absolute fit about this, but is bewildered when his fit does absolutely nothing. The room is filled with all the toys and things that Dudley has broken over the years, including a television that he put his foot through during a tantrum when his favorite show got cancelled.

None of this does the Dursleys any good though, because another letter arrives, this time addressed to “The Smallest Bedroom.” Vernon once again takes the letter and destroys it, so Harry decides to get up early and wait for the postman to come himself. Unfortunately Vernon expects this and sleeps in front of the door in order to catch him. That day, three letters arrive.

And here comes my favorite bit of the chapter – Uncle Vernon completely loses his mind.

He stays home and boards up the mail slot, using a piece of fruitcake at one point as a hammer (wow, that’s some really bad fruitcake). Does this work?

On Friday, no less than twelve letters arrived for Harry. As they couldn’t go through the mail slot they had been pushed under the door, slotted through the sides, and a few even forced through the small window in the downstairs bathroom.

Now Vernon boards up the entire door, and the back door too for good measure. No one can get in or out of the house. The milkman has to deliver the eggs through the window. At this point, I can’t help but guess that the neighbors are starting to notice that something strange is going on and, since the Dursleys worry so much about what people think . . . yeah, it makes me smile a little.

And there were letters hidden inside each of the two dozen eggs, by the way. How the heck did they do that? Oh yeah, magic. Moving on.

On Sunday, Vernon feels like he can relax. Mail isn’t delivered on Sunday, right? Right? WRONG!!!

Something came whizzing down the kitchen chimney as he (Vernon) spoke and caught him sharply on the back of the head. Next moment, thirty or forty letters came pelting out of the fireplace like bullets. The Dursleys ducked, but Harry leapt into the air trying to catch one –

This scene has become so iconic because of the movie, almost a symbol for the entire series – Harry jumping into the air as letters fly all around him.

The Dursleys (and Harry) take to the road. Vernon spends most of the time muttering to himself and trying to shake off some invisible pursuer. The mind, it is gone. They stop at a hotel, where a bunch of the letters are waiting at the desk.  Oh and have I mentioned that throughout this whole trip Dudley is completely miserable? He can’t eat everything in sight, he can’t loaf around and watch television. He has made himself cry, but to no avail. His misery delights me.

Their final destination is a small rental house on a rock out off the coast. Vernon is thrilled that there are storm warnings, thinking that nothing could possibly get to them here in the middle of nowhere. They settle down for the night, Harry sleeping on the floor with the only blanket he could find, when Harry realizes something. The next day is his birthday. He will be turning eleven. He can see Dudley’s watch and sees that it’s almost midnight, which means that his birthday is almost here.

The whole shack shivered and Harry sat bolt upright, staring at the door. Someone was outside, knocking to come in.

Thus ends the chapter, with the arrival of someone who will turn out to be one of the most beloved characters in the entire series. This is the point where young Harry’s life will be irrevocably changed forever. Hey, even without the whole magic thing, I’m just glad he gets to get away from the Dursleys.